Fez (or Fes if you’re following Arabic spelling) is the third largest city in Morocco and part of the UNESCO. Fez is set in the lowlands between the Rif and Middle Atlas mountain ranges in northern Morocco. Located just over 300 miles from Marrakesh.

Fez is one of the four imperial cities of Morocco, alongside Rabat, Meknes, and Marrakesh.

The city has a distinct, traditional charm. High walls surrounding the Old Town medina, protecting one of the best preserved medieval cities in the world. Fez and its medina is a barrage on the senses.

Ancients mosques and medersas/madrassas (Islamic schools) are all around the city although non-muslims are not allowed inside, from the outside, you can have a glance of the splendour of the Islamic architecture.

In Fez, I loved the chaos, the smells, the markets and the food. Although it can be also overwhelming and mentally exhausting, especially during the hottest months. Fez is known as the country’s cultural, spiritual, and intellectual heartland.

Fez’s medina is a maze of narrow little streets lined with shops. The medina’s labyrinth can be fun to get lost in. Although the medina in Fez is not as hard to navigate as other medinas across Morocco. The medina has 2 main streets running in a loop, so if you stick to those, you’ll always find your way back to the Blue Gate.

The medina is a great place, though often crowded by locals and tourists, so stay on guard as pickpockets are pretty common.

Bab Boujeloud (Bab Bou Jeloud), commonly known as the “Blue Gate,” serves as the principal entrance to the old Medina.

There are 3 main areas, Fes el Bali (the oldest part and the world’s largest car-free urban space), Fes Jdid (“new” part of the city, which is still a few hundred years old), and the modern section of Ville Nouvelle with its palm-tree-lined boulevards, built in the French colonial era. The Ville Nouvelle is not a remarkable place at all means unless you want to grab a bite to eat somewhere a bit more modern.

Talaa Kebeera is the largest “street” in Fez. It begins shortly after Bab Boujeloud (Blue Gate) and continues on through the much of the medina. Many different shops, souks and sights are located just off this main artery.

The Medersa al-Attarine (Islamic school) is located next to the Qarawiyyin mosque in the middle of the medina, next to the spice and perfume market. Is one of the most beautiful buildings in the Medina of Fez.

The Medersa Bou Inania is one of the greatest examples of the Merenid architecture in the 14th century and is one of the few religious places that non-Muslims can visit in Morocco.

You will probably hear people asking you if you want directions to the tannery. Just remember, that on warm days, you won’t need directions. I assure you can fell the smell from distance, so just follow your nose 🙂

If you want to have a look at the tanneries the only way to do it is through one of the shops, there’s no other way. That means you need to “handle” the vendors. (I personally didn’t have any problems I paid 10DHR and no one tried to sell me anything, I guess I was lucky).

Just a heads up in case you don’t know the tanneries is the place where workers transform animal skins into brightly-coloured leathers by soaking them in vats.

The Al-Qarawiyyin (al-Karaouine) Mosque and University are considered by some the oldest university in the world and is one of the largest mosques in Africa.

The Fondouk el-Nejjarine or “Wood Museum” is a museum where you can learn about the woodwork indigenous to Morocco, the tools used, as well as a collection of wood and cabinet work  (20dhs).

If you don’t want to visit the museum you can just contemplate the Nejjarine Square, a beautiful square dotted with Andalusian-style architecture from the 18th century.

The Henna Souk is a nicely shaded souk cosied up beneath a couple of large trees. Here they sell pottery and traditional cosmetic products.

The Merenid Tombs are located just outside the medina. To get there you can walk (15 minutes) or get a taxi.

The giant tombs sit on the hill above Fes and offer a fantastic view of the city.

The Jewish Quarter of Fez is the oldest in Morocco and has beautiful ornate balconies and wrought-iron windows lining the street.

You can visit the main attractions, but there is nothing better than losing yourself in the city. Strolling around alleys and narrow streets finding out the hidden magic of Fez.

This site uses Akismet to reduce spam. Learn how your comment data is processed.

🔎find what you are looking for🔍

A guide to eating vegan in Tallinn

From Tallinn to Helsinki by Ferry

Cook the Beans – 2nd on the Top Vegan Travel Blogs

WORK WITH ME – Cook the Beans  is a blog about vegan food and  travel. If you would like to work with me to promote your destination or brand, just enquire about opportunities 🙏 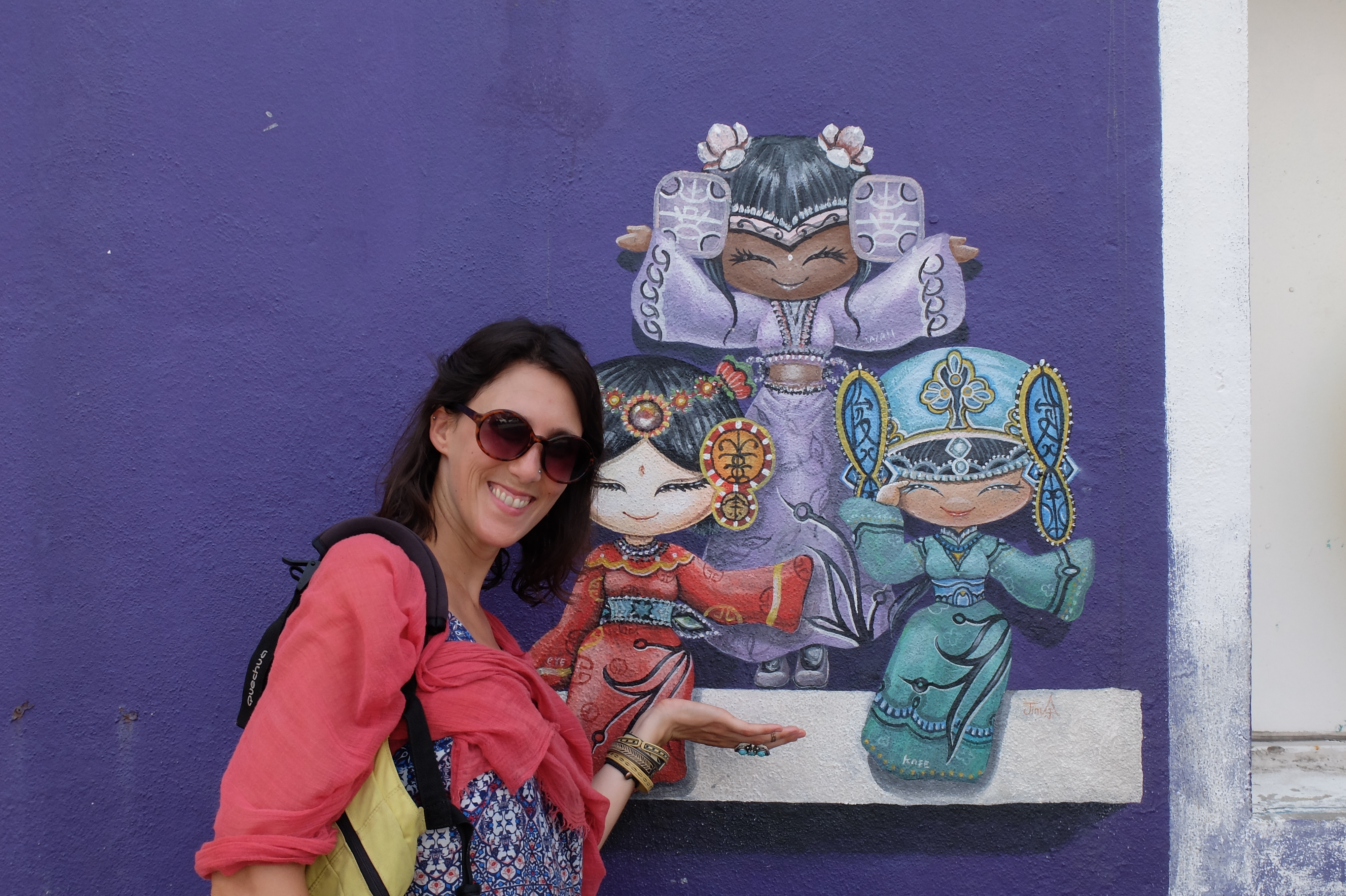